​Problem:   The QA team as well as Dev team will update their Development Database with the current code via an update\upgrade script.  We fall under the “State or Model Based Approach” meaning “DB Developers only concern themselves with defining the desired end state, not how the transition occurs”, per Redgate documentation regarding DevOps approaches.  The current process in place now relies on SQL Compare to compare a previous version of the DB vs the current source control.  Once SQL Compare finds the changes and creates the script, a very time-consuming process begins of copy and pasting other changes from other static scripts in TFS into the script created by SQL Compare.  It is laborious and often error prone.  It can take upwards of 4 hours a week to generate these scripts.   Doing some basic math, you could extrapolate that this process costs the company over 10K a year in hours worked.
There has got to be a way to automate this process and schedule an update\upgrade script creation.

Solution:  Use SQL Compare Command-Line and Powershell to automate this process.

For this process to work, you must have a DB, locally on your box using Redgate SQL Source Control synced to TFS, GIT or some Source Control platform, as seen below.
​
The process can be scheduled in an Agent Job or called directly from Powershell. 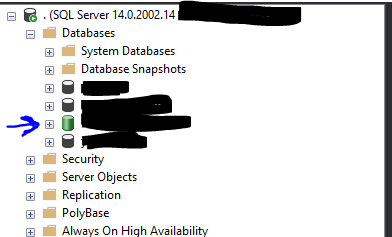 The following code example includes comments to help you understand the process. 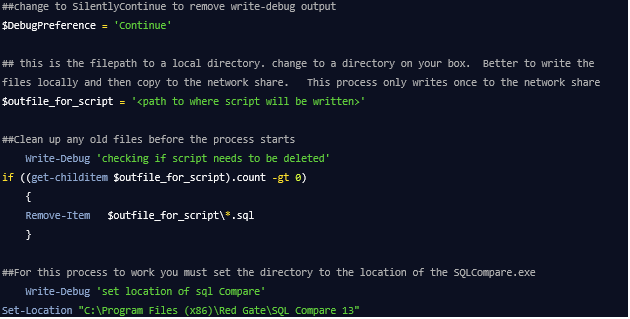 Switches Used:  I put each switch in the code example below on a single line.  When executing this script, you must have all switches on one line.https://documentation.red-gate.com/sc13/using-the-command-line/switches-used-in-the-command-line
https://documentation.red-gate.com/sc13/reviewing-the-comparison-results/using-filters 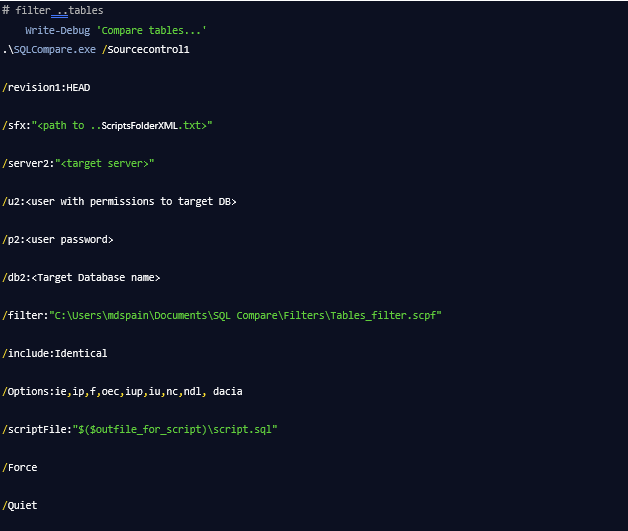 I also use several options to change the default behavior of SQL Compare and those are explained below.
/Options:ie,ip,f,oec,iup,iu,nc,ndl, dacia 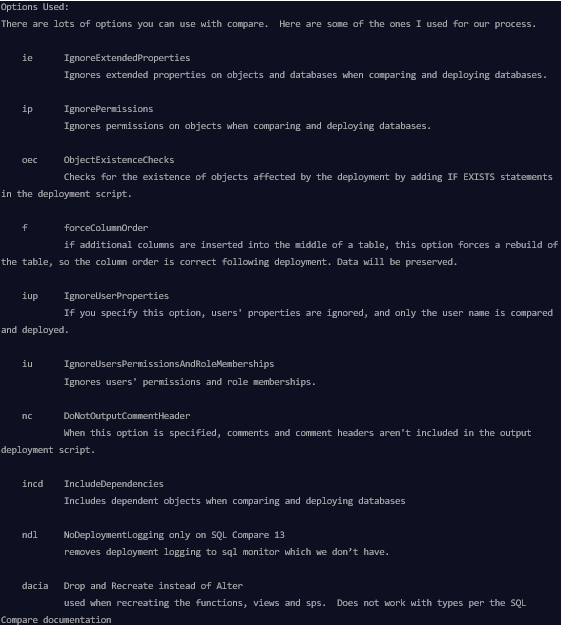 The above example executes SQL Compare and filters on only the tables with the specified switches.   In my process, I use five different filters and several static files.  I won’t bore you with all five filters.  Because its more of the same.  I do want to show you how I get the static files into the final script.  Using the Get-Content cmdlet, I pull out the contents of the static files and append it to the file.

Now that the process is complete, I then place the contents of the script into a new file with a different naming convention MM_DD_YYYY_Upgrade_Version.sql and copy it to the network share.  You can add additional logic to check for a files existence as well  as run this process multiple times a day if needed. 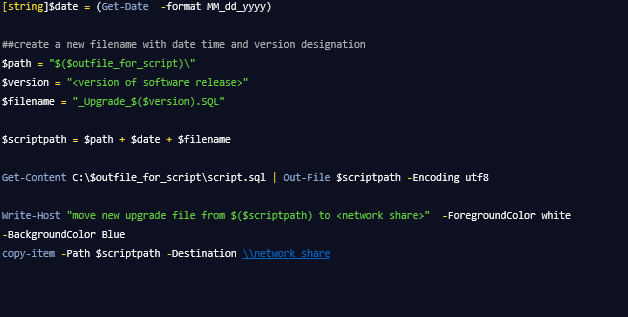 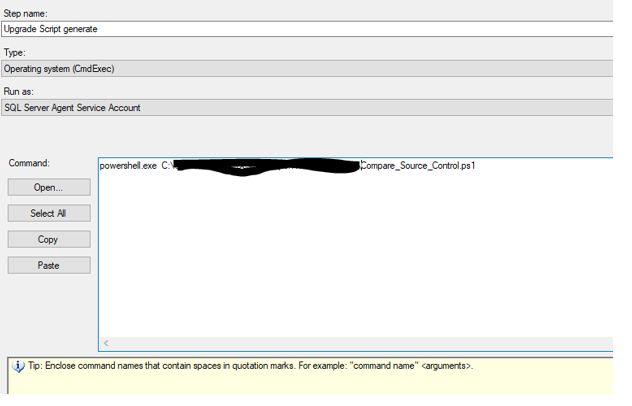